Boys basketball traveled to Columbus North on 12/7. The 9th grade team lost 33-45. Nathan Warren led the Flashes with eight points, followed by Cole Perry with seven, and Owen Leck came off the bench to score five.

The varsity team went to overtime with the Bulldogs but came away with a tough 62-54 loss. Javon Small led the team with 15 points, 7 rebounds, 7 assists, and 4 steals. Isian Morgan, Quinten Gilliland, and Sam Mettert each scored 8 points. Eric Kolp finished the game with 6 points and 7 rebounds.

The Flashes are back in action on Friday, 12/14, as they take on Zionsville Eagles. Don’t forget your stuffed animal for the Teddy Bear Toss during the varsity game on Friday! 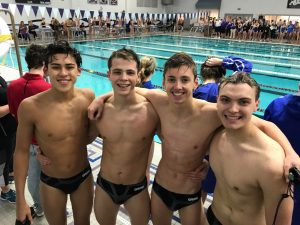 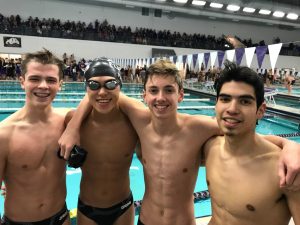 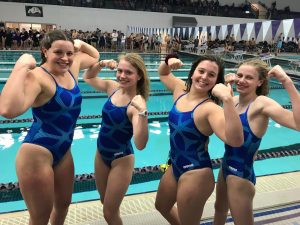 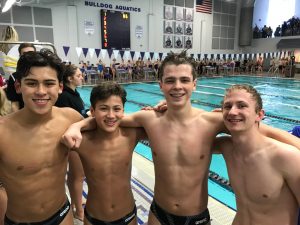 The diving team traveled to Fishers for the Tiger Claw Invite. The divers faced some very tough competition and were unable to advance to the final round of diving.