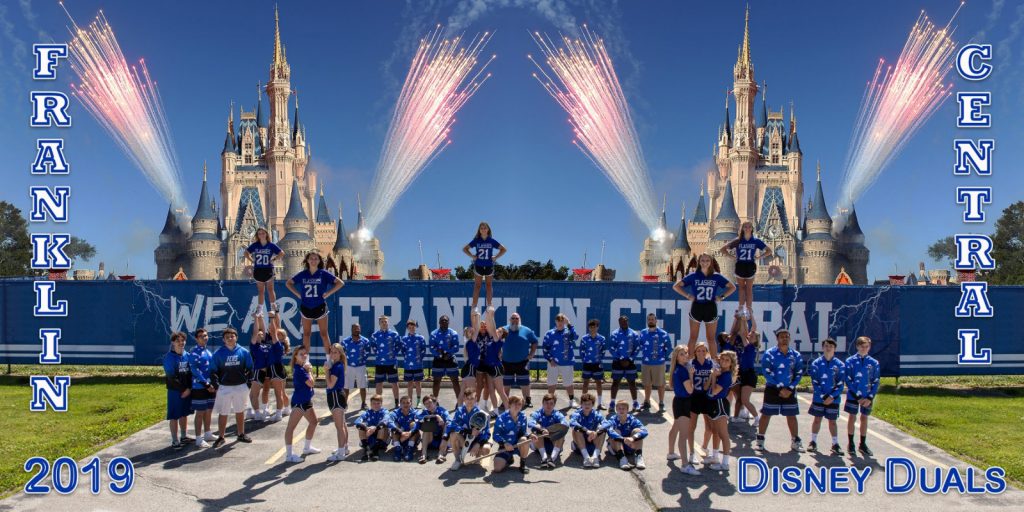 The Franklin Central Wrestling Flashes traveled to Kissimmee, Florida from June 19 – 25 for the 2019 Disney Duals. During this trip the team competed in a tough national dual tournament with teams from all over the country. Franklin Central competed under the club name FC Boom Squad. The FC Boom Squad ended the tournament with an impressive 8-3 record. The teams only loses were to a team from Ohio (37-33), New Jersey (40-26), and the defending Florida Dual State Champs (59-18).

During this trip the team had 5 FLASHES earn All American Status.

Last year, the Flashes competed in a lower division and did not earn a place. This year the Flashes Wrestling Squad stepped up in divisions and ended the competition placing third during “pool play”, and finishing as “Runner-ups” in the Disney Duals Community 2 Silver Division. Coach Kevin Moore is excited for what this young group of wrestlers will do in the future!