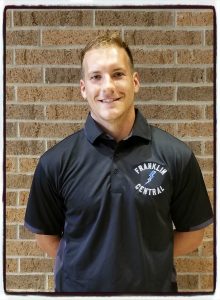 Larz comes to Franklin Central after graduating from Lawrence North and moving on to Marian University to continue to play soccer while earning his degree in Business Management. He was the Decatur Central Varsity Boys Head Coach for the past 2 years. Larz also has a “D” USSF License. He currently coaches full-time for FC Pride Soccer Club, as well as, the Assistant Coach for WPSL (Women Premier Soccer League). Larz has been involved with soccer as a player or Coach since he fell in love with the game as a child when he earned a few championship games. He is already familiar with this area as he shares many memories with his family who lived in Franklin Township while growing up. Larz is excited to be here and has a new perspective he will bring and many new, exciting ideas to the Franklin Central High School Girls Soccer program.