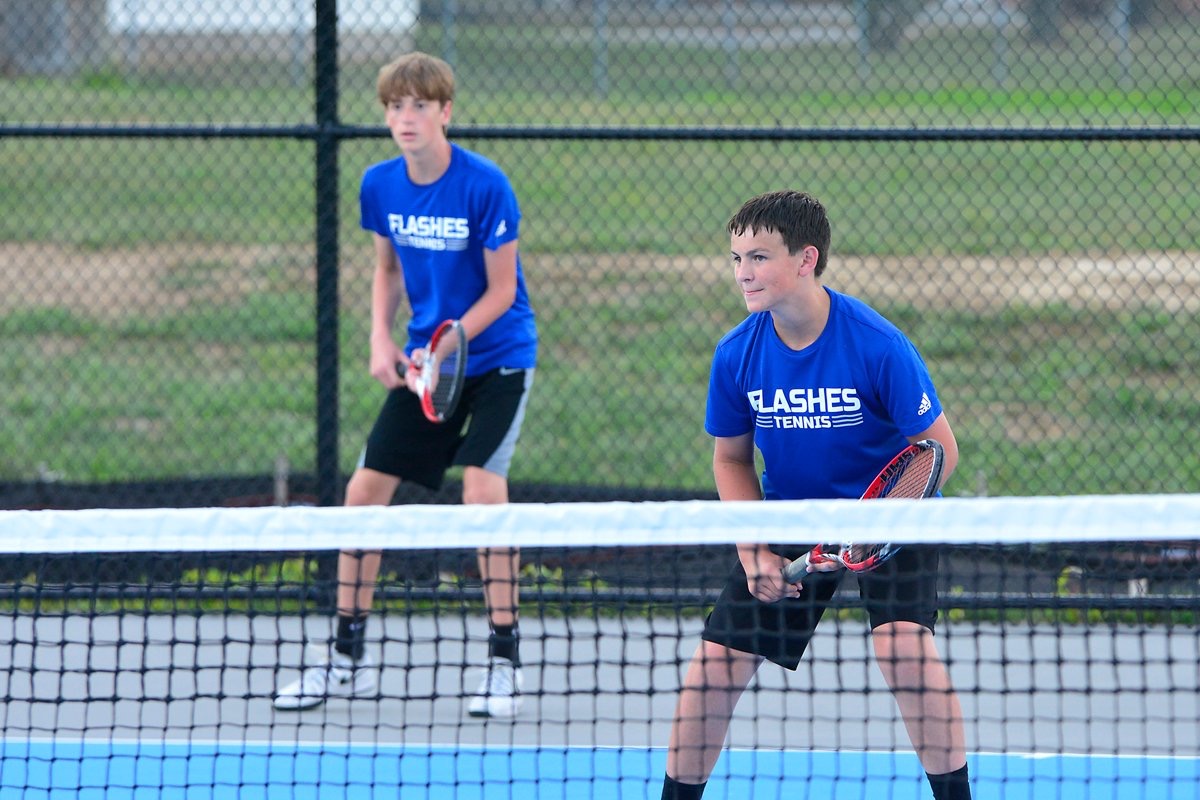 On Saturday, your FC JV tennis team competed in an invitational at Hamilton Southeastern HS.

Alongside the Flashes, HSE, Fishers, Avon, Park Tudor, North Central, Zionsville and Cathedral were the other schools participating in the tournament.

Our highest placing position were the #1 doubles team of freshmen Ethan Jackson and Landon Carlisle.

After dropping the first match of the main draw, they went on to win their next 2 matches to win the consolation bracket for 5th place.

Other JV players who competed were:

FC will be hosting their sectional. First round will be played on Wednesday, Oct 2nd.