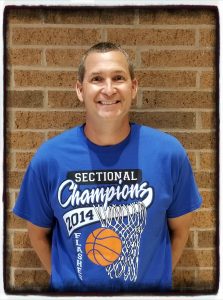 Vince Cerbone has been hired as the girls basketball coach at Franklin Central High School.  Coach Cerbone had been the head coach at Martinsville High School since 2001. In that time, he became the school’s leader in girls basketball wins with 233.  His teams won three Sectionals and three Conference championships during his tenure.  He was won two Conference Coach of the Year awards and was an assistant coach on the 2017 Indiana All-Star team.  He has also been on the IBCA Executive Board as a District Representative.  We are excited to have Vince Cerbone on board as our newest member of the Flashes’ family.

Boys 7th Grade Football at Brownsburg West MS (A only)